Break Dancing At The Olympics

The International Olympic Committee has added the wildly popular acrobatic dance battles to the 2024 Olympic Games set to be held in Paris, France.

The 2020 Olympics have been postponed to Summer 2021 because of the coronavirus pandemic.

Quick Quiz Question: Do you know where the 2020 Olympic games will be held?

Breakdancing is an athletic form of dancing that originated in the United States of America in the 1970’s. 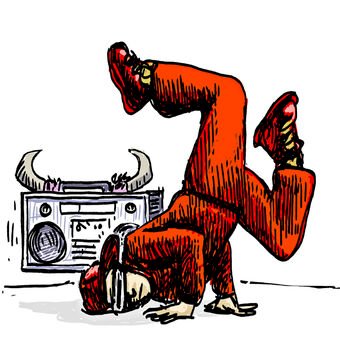 The 2021 event will feature skateboarding, sport climbing and surfing for the first time. The breakdancing competition at the 2024 Olympics will be aptly called breaking, as it was in the 1970s by hip-hop pioneers in the United States. A large population of GM mosquitoes is set to be released in Florida (USA) in an experiment that aims to lower the popular of disease-causing mosquitoes in the area. Recently an auto-driver in Ahmedabad, managed to get a ‘secular’ School Leaving Certificate for his daughter. Akanksha’s father made sure that her certificate did not mention caste, community or religion and said that was a small step towards a secular society.